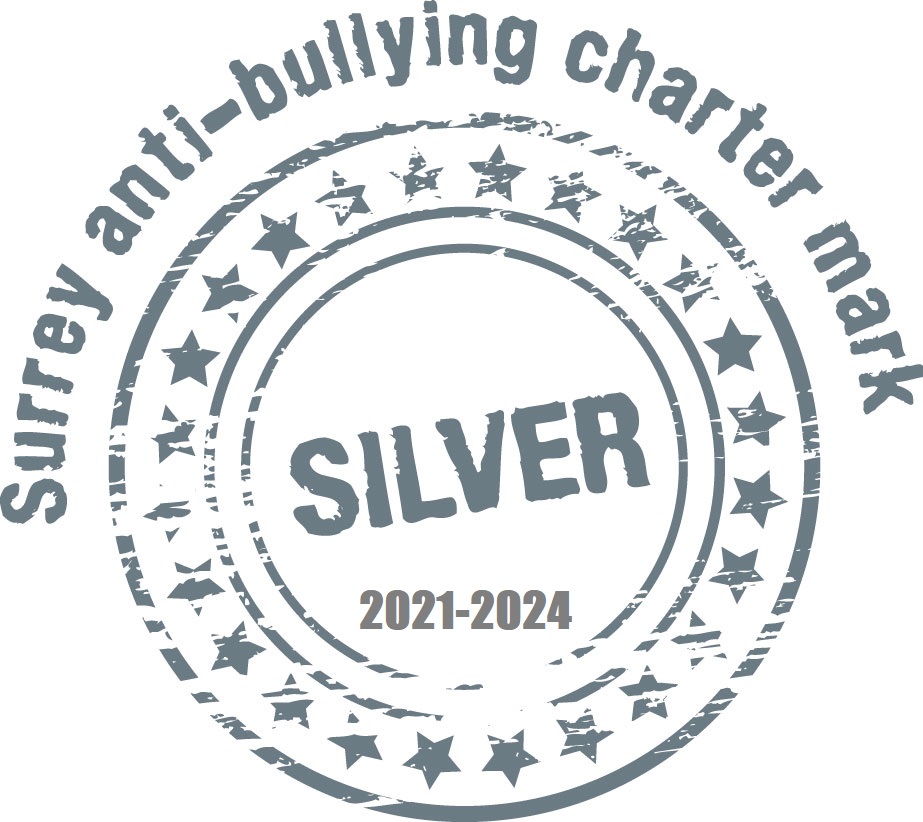 Langshott Primary School recognises that bullying, especially if left unaddressed, can have a devastating effect on individuals; it can create a barrier to learning and have serious consequences for mental wellbeing. By effectively preventing and tackling bullying, our school can help to create safe, disciplined environment, where pupils are able to learn and fulfil their potential.

How does bullying differ from teasing/falling out between friends or other types of aggressive behaviour?

1. There is a deliberate intention to hurt or humiliate.

2. There is a power imbalance that makes it hard for the victim to defend themselves.

3. It is usually persistent.

4. We use the acronym STOP; – Several Times On Purpose

Verbal bullying is when an individual uses verbal language (e.g, insults, teasing) to gain power over his or her peers.

Relational Bullying is a form of bullying common amongst youth, but particularly so among girls, and involves a bully trying to hurt a peer and/or that peer's standing within a particular peer group. Relational bullying can be used as a tool by bullies to both improve their social standing and control others.

There are many ways of bullying someone online and for some it can take shape in more ways than one. Some of the types of cyber bullying are:

Harassment - This is the act of sending offensive, rude, and insulting messages and being abusive. Nasty or humiliating comments on posts, photos and in chat rooms.

Being explicitly offensive on gaming sites.

Denigration – This is when someone may send information about another person that is fake, damaging and untrue. Sharing photos of someone for the purpose to ridicule, spreading fake rumours and gossip. This can be on any site online or on apps, this includes altering photos of others and posting online for the purpose of bullying.

Flaming – This is when someone is purposely using really extreme and offensive language and getting into online arguments and fights. They do this to cause reactions and enjoy the fact it causes someone to get distressed.

Impersonation – This is when someone will hack into someone’s email or social networking account and use the person's online identity to send or post vicious or embarrassing material to/about others. The making up of fake profiles on social network sites, apps and online are common place and it can be really difficult to get them closed down.

Outing and Trickery – This is when someone may share personal information about another or trick someone into revealing secrets and forward it to others. They may also do this with private images and videos too.

Cyber Stalking – This is the act of repeatedly sending messages that include threats of harm, harassment, intimidating messages, or engaging in other online activities that make a person afraid for his or her safety. The actions may be illegal too depending on what they are doing.

Exclusion – This is when others intentionally leave someone out of a group such as group messages, online apps, gaming sites and other online engagement. This is also a form of social bullying and is very common.

Homophobic bullying can involve physical or mental violence by a group or an individual. It is often aimed at someone who has poor defences and who, as a result, may be significantly upset. Victims may be male or female. What distinguishes it from other forms of bullying is the language that is used. Words (such as “gay” and “lesbian”) which were formerly descriptive but which now may be used as general insults.

Sexist bullying can be defined as bullying based on sexist attitudes that when expressed demean, intimidate or harm another person because of their sex or gender. These attitudes are commonly based around the assumption that women are subordinate to men, or are inferior. Young people’s expectations and attainment can be limited by sexist attitudes. Sexist bullying may sometimes be characterised by inappropriate sexual behaviours.

Transphobic bullying stems from a hatred or fear of people who are transgender. ‘Transgender’ is as an umbrella term that describes people whose sense of their gender or gender identity is seen as being different to typical gender norms.

Racist bullying can be identified by the motivation of the bully, the language used, and/or by the fact that victims are singled out because of the colour of their skin, the way they talk, their ethnic grouping or by their religious or cultural practices.

Advice for parents from the Anti-Bullying Alliance

Note: Additional links can be found in ‘Preventing and Tackling Bullying’ (July 2017)